An endurance running event like none other, the 3rd Annual Jump Off Rock Half Marathon presented by Hunter Subaru and 10k presented by Pardee UNC Health Care, is one of the fastest half marathon races in the south and runs “downhill to downtown.”

The point-to-point, half marathon begins at Jump off Rock, a national landmark and the Town of Laurel Park’s highest peak, and finishes in the heart of downtown Hendersonville on Main Street. This gently downhill and scenic 13.1 mile course is fast and has breathtaking views, but we are in the mountains of WNC and some hills are to be expected. Half Marathoners wind their way downhill through the beautiful back-roads of Laurel Park then on historic city streets and around Hendersonville’s Osceola Lake before heading into downtown Hendersonville. The point-to-point race and the scenic course are sure to bring PRs and mountain memories to last a lifetime.

There will be 10k Cash prizes for the overall top three, male/female winners!

Both races are now USATF Sanctioned! 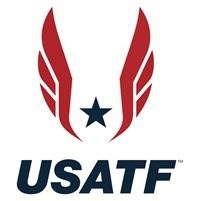 Course Type: Half Marathon, majority is paved with one short downhill section that is packed dirt in Laurel Park and around Osceola Lake is packed dirt surface.

For runners not able to attend in person, the virtual race is a good option to achieve a goal, and run the miles on your own, wherever and whenever you want. All virtual runners will receive a commemorative race shirt (until deadline) and finisher medal.

Course Type: 10k is all paved surfaces on city streets and around the lake is packed dirt.

Free T-shirt deadline: Sunday, March 5, 2023, at midnight. After that deadline, shirts will still be free, but you will not be guaranteed to receive your preferred size. After April 16th at midnight, shirts will only be available in limited quantities and sizes for $20.

What Your Race Entry Includes

Highlights from Past Races

An endurance running event like none other, the Jump-Off Rock Half Marathon presented by Hunter Subaru & 10K presented by Pardee Health, is one of the fastest half marathon races in the south and will run “downhill to downtown.”

Both races will finish at the same location in Historic Downtown Hendersonville on Main Street.

Running this race was such an incredible experience. My family has such a rich history with Laurel Park owning the Woodlawn property since 1932.  This race showcased all that makes this town so special. From the start at Jump Off Rock to the finish in Downtown Hendersonville, each mile of the race was absolutely beautiful and had amazing views! My favorite part of the race was the start. There are very few races where the start gives you the chance to see mountain peaks of four different states. I highly recommend this race and can’t wait to be back next year! “The Jump Off Rock Half was my 47th Half Marathon. Everything was perfect, the buses, the course, the volunteers, the water stops…. For the first time ever, I don’t have anything to suggest!”

Thank You To Our Race Partners

If you or your business are interested in sponsoring or partnering
with the Jump Off Rock Half Marathon & 10K email us at support@idaph.net.